Thank you all for gathering together to mourn the loss of my father. I am truly sad to have lost such a great dad, but I do know that he is in a much better place free of any of the pain he was in. I could stand here and cry to you all, but right now I want to lighten the mood a bit as my dad was not always so serious.

My dad had a funny side to him and he could be such a witty, one Leiner kind of guy, I thought it might be fun to share some of the amusing moments with you to celebrate his life as I reflect on my memories:

As a child, I was told by my mom that my Dad sang to me.I remember he had a pretty good voice.

I always remember my dad coming home from work or putting me to bed and always smelling his Chapstick kisses. He carried that chapstick everywhere.

Over the holidays, even though we celebrated Hannukah, I remember my brother and I being 2 of the only Jewish kids in school and wanting to celebrate Christmas. My mom used to sing, Jump into bed and cover up your heads cause Santa Claus is comin tonight, all the while questioning if Santa really would come to a Jewish household. My mom and dad would leave out chocolate donuts and milk on our glass table stick lampsimulated Christmas tree, and in the morning under the lamp were presents, and the donuts and milk were gone. My dad was Santa!!

I also remember my dad coming home from work, changing into his white undershirt and dungarees and going in the front yard. He would stand with a cigarette in one hand and the watering hose in the other. I often wondered, Did he really want a green lawn or was he trying to escape from us?

I remember being about 10 years old and going on vacation to Bridgeport, CT. We were so excited for this trip. On the way we stopped in Norwalk I think, to do something and when we came out our car was broken into. Our camera was stolen and all of the pictures we took were gone. I also remember we had a 1973 Chrysler New Yorker that was a big boat. We went on the car ferry with it and it was easy going on. Getting off was another story. People gathered around our car as we backed off the boat and my brother and I ducked down low as my dad maneuvered the car off the boat. My brother and I were mortified when everyone started clapping as we drove away!

I found out the other day that my cousin Russ was so close with my dad and he didnt want to lose him as his favorite uncle so when my mom came into the picture you can only imagine how he felt. He said he was going to throw rice at my mom at their wedding .and he said it was going to be cooked!

You know how whats in your nose has different nameswell, he called ours, clinkies.My brother and I would sing, a clinky, a clinky its fun for a girl and a boy. As you can imagine, it was the 70s when Slinkies were popular toys.

My dad and I would sit and watch Benny Hill together. I would pat the top of his head fast like Benny Hill did to his little sidekick. My dad would always say, Get outta here and wave my hand away.

We would often tease him and sing, Mr. Potato Head, we love you

He was a creature of habitwore a short sleeved white button down shirt and pantsI think he thought it was his uniform for work. He went to bed at night at 10 and woke up at 5, left for work at 6 and was home for dinner by 6.

I remember making a checkerboard with a soldering iron and thinking how cool it was that my dad and I bonded over something he lovedusing his tools in his well organized workroom. Everything was hung on the wall and he knew exactly where everything was.

When I was younger, my dad and I butted heads a lot, and as I got older I realized how similar we really were. Both very neat, set in our ways, and determined to be right. He often said,  You have a large orifice always wanting to teach me on a higher level. Little did I know, it meant that I had a big mouth. Maybe this is why I have such a fascination with language and words now.

As my dad got on in years and I guess about recently, you would ask him, How are you feeling?? and he would always respond, As well as can be expected

I hope you enjoyed hearing these stories as much as I enjoyed telling them. If anyone would like to share a story, memory or anything about my dad, please come up and do so. I know he would love to hear it. 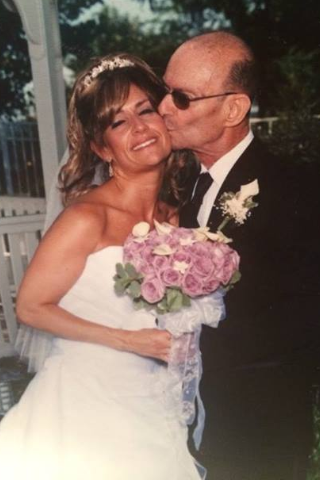 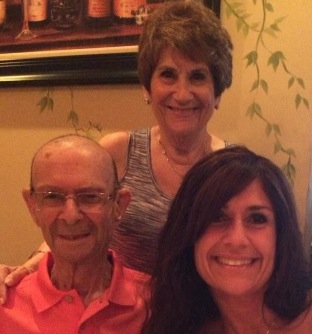 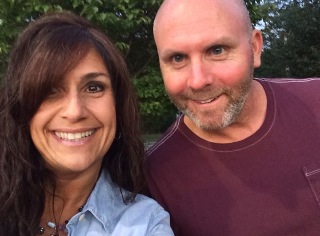